The jetty is now open to the public 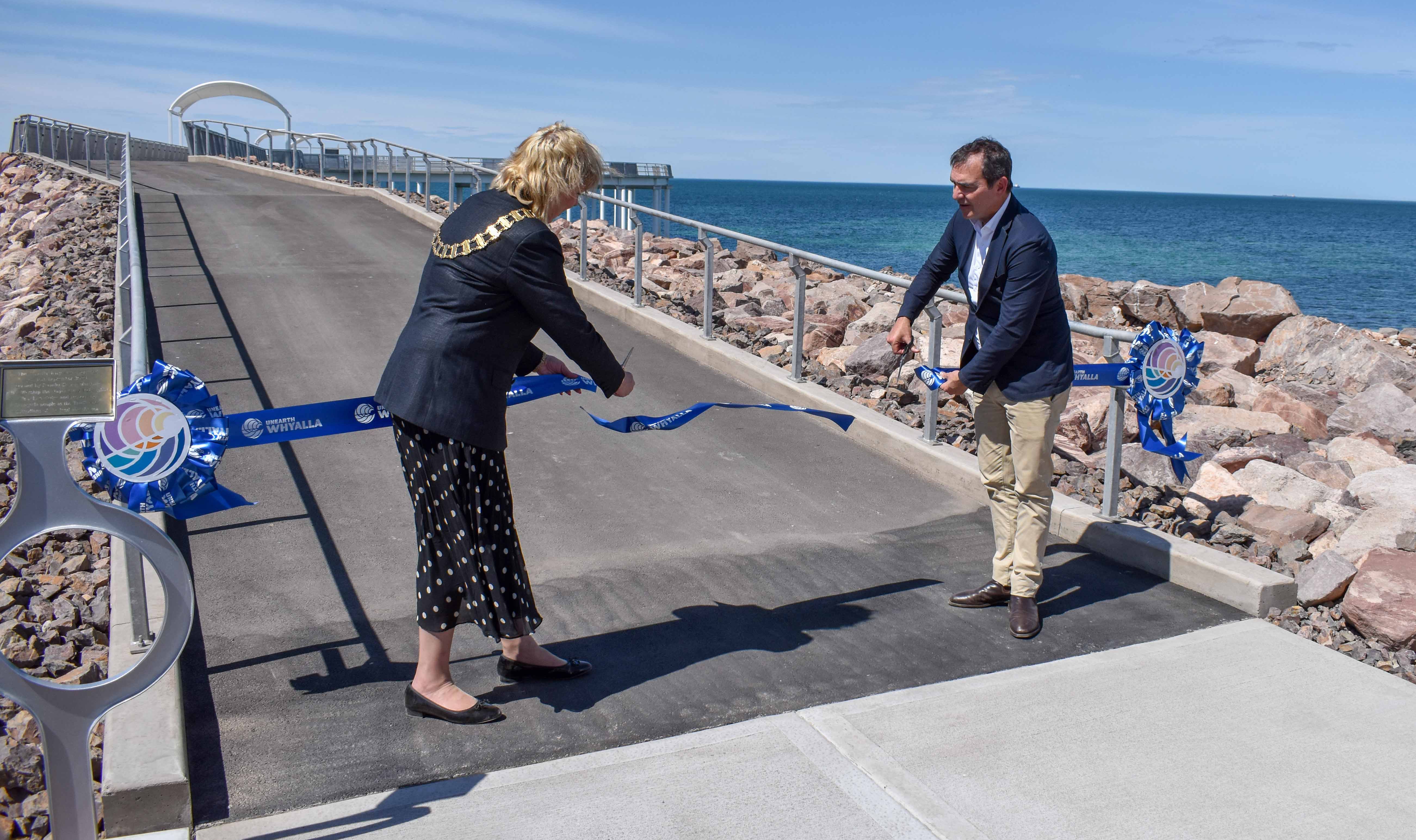 Whyalla City Council’s iconic jetty – the only one of its kind in the southern hemisphere – is now officially open to the public.

Ms McLaughlin said the jetty was a testament to the capability of Whyalla City Council and local industry, and is a development of which the entire community can be proud.

“This is a truly spectacular achievement that will help put Whyalla on the map, with its completion further evidence of council delivering on its promises to residents.”

This landmark project was built using high-quality, high-strength materials, ensuring it is built to last for at least the next 80 years. The overall cost of the project to ratepayers will also be spread across this timeframe, helping secure a world-class jetty at a minimal annual cost.

Ms McLaughlin said although the COVID-19 situation had unfortunately prevented Council from celebrating this momentous occasion on a grander scale, they were committed to holding a major community day – without restrictions – as soon as possible, with the community to be kept informed over the coming months.

She said the support of the State Government was critical, with the Weatherill government making a $1 million commitment to the jetty, which the current Marshall government has maintained and delivered upon.

She also thanked GFG Alliance Executive Chairman, Sanjeev Gupta, for the donation of close to 150 tonnes of structural steel from the Whyalla Steelworks, as well as all the local businesses and industries who contributed to the project.

“It’s fantastic to have the city's main industry contribute to such an important community asset, and is further evidence of council and GFG working together to transform our great city,” she said.

“From the beginning, we were keen to ensure the maximum amount of work could be undertaken by local contractors – who contributed about 8,000 hours to the project – to ensure this jetty is truly local. There are therefore hundreds of residents who can look at the new jetty and know they contributed to a significant part of the city’s future.

“This is a truly exciting time for the City of Whyalla. This is just one of many major projects that will see Whyalla become a modern, attractive place to both live and visit.”