Countdown to Local Government in Whyalla

50 years of the Corporation of the City of Whyalla

On 4 July 1970 the Corporation of the City of Whyalla came into being and now, fifty years later, Whyalla Council is marking this significant milestone with month-long celebrations.

Until 1945 the Broken Hill Proprietary Co Ltd carried out all the functions of local government including town planning and development, and the provision of public utilities.

With enormous wartime growth of population, it became desirable that an independent form of local government be established and on 14 December 1944, the Whyalla Town Commission Act became law and the township achieved civic independence on 1 May 1945 with the establishment of the Commission.

Whyalla was proclaimed a provincial city on 19 October 1961.

Consequently, legislation was passed by Parliament to give effect to this recommendation, and an election for a Mayor and eight Councillors was to be held on 4 July 1970, when Whyalla became the Corporation of the City of Whyalla.

Our very first elected members were (Picture Below):

A complete list of all who have served as Elected Members of Whyalla City Council, from 1970 to now, can be found here 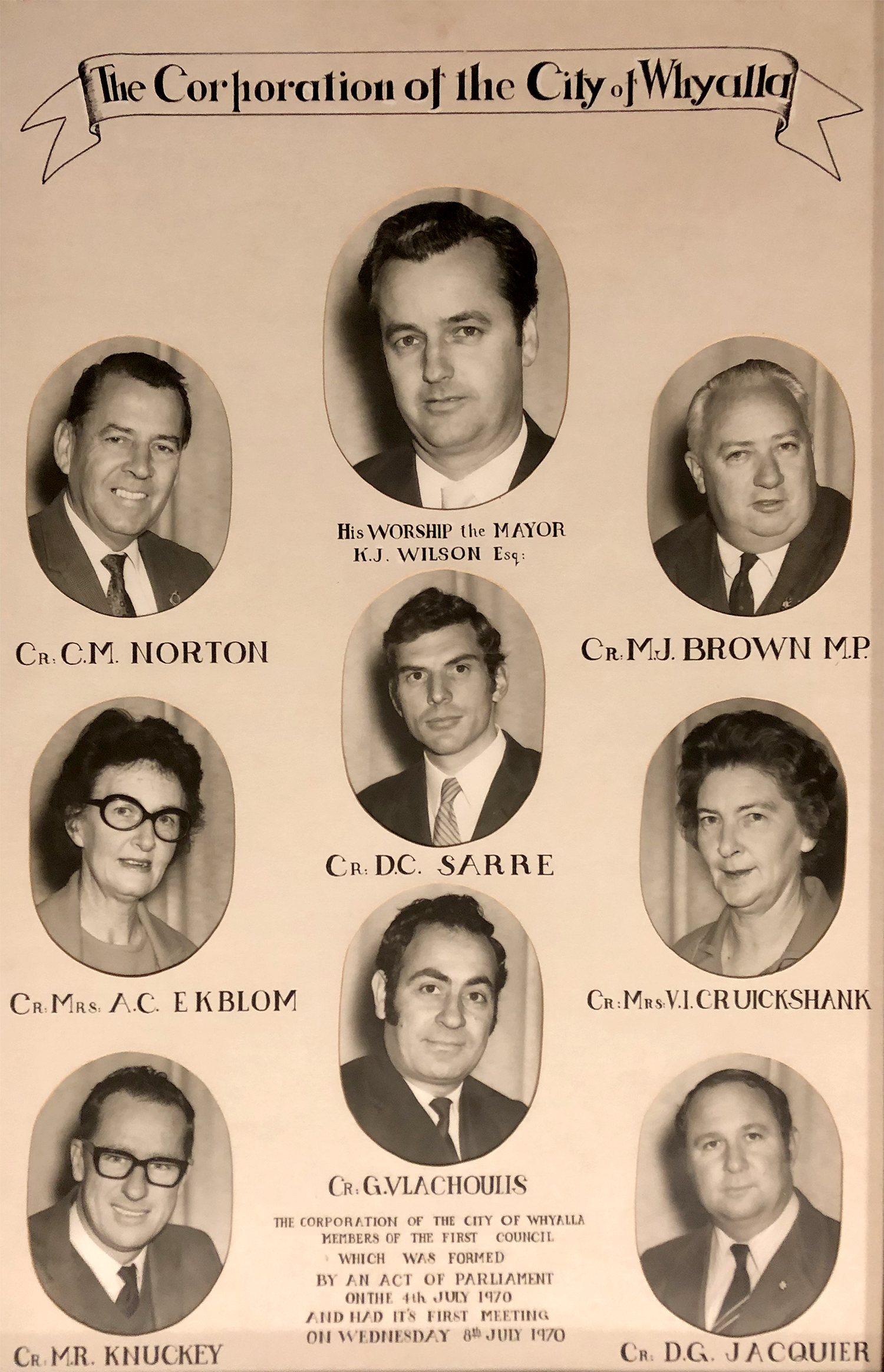